It's no secret to anyone who follows me on twitter or Instragram that I like Donal Skehan, hell my mother in Mexico loves him too! So when I was asked to take part on his Homecooked Blog Tour, I jumped at the oportunity.

Now for those of my readers not familiar with him, Donal is one seriously-talented Irish dude: He's a food blogger and food photographer, the author of four successful cookbooks and a TV presenter with several cooking series under his belt. This year alone, he filmed two separate TV series, one of them for an American network.

He is also the founder, creative brain, photographer and editor 'at large' of Feast, a beautiful dinner journal that portraits the works of Irish artisan producers and features some incredibly gorgeous food (get a copy online or buy it in the shops, it's truly stunning). Not content with all that, this busy bee just launched the delicious Skoff Pies, a line of ready-made pies which will hit supermarkets in the new year, and in between all this, he managed the launch of his latest book, Homecooked, and took the book on his Homecooked Tour through Irish theatres, the one I saw turned out to be one of the best nights out I had this year.

I like Donal for one very simple reason, he is a great down to earth guy that works his socks off (and Sophie's too no doubt) and he takes nothing for granted. His work ethic is amazing and despite his relentless work schedule he is always positive. He is one talented, hardworking, young man and I admire him a lot. 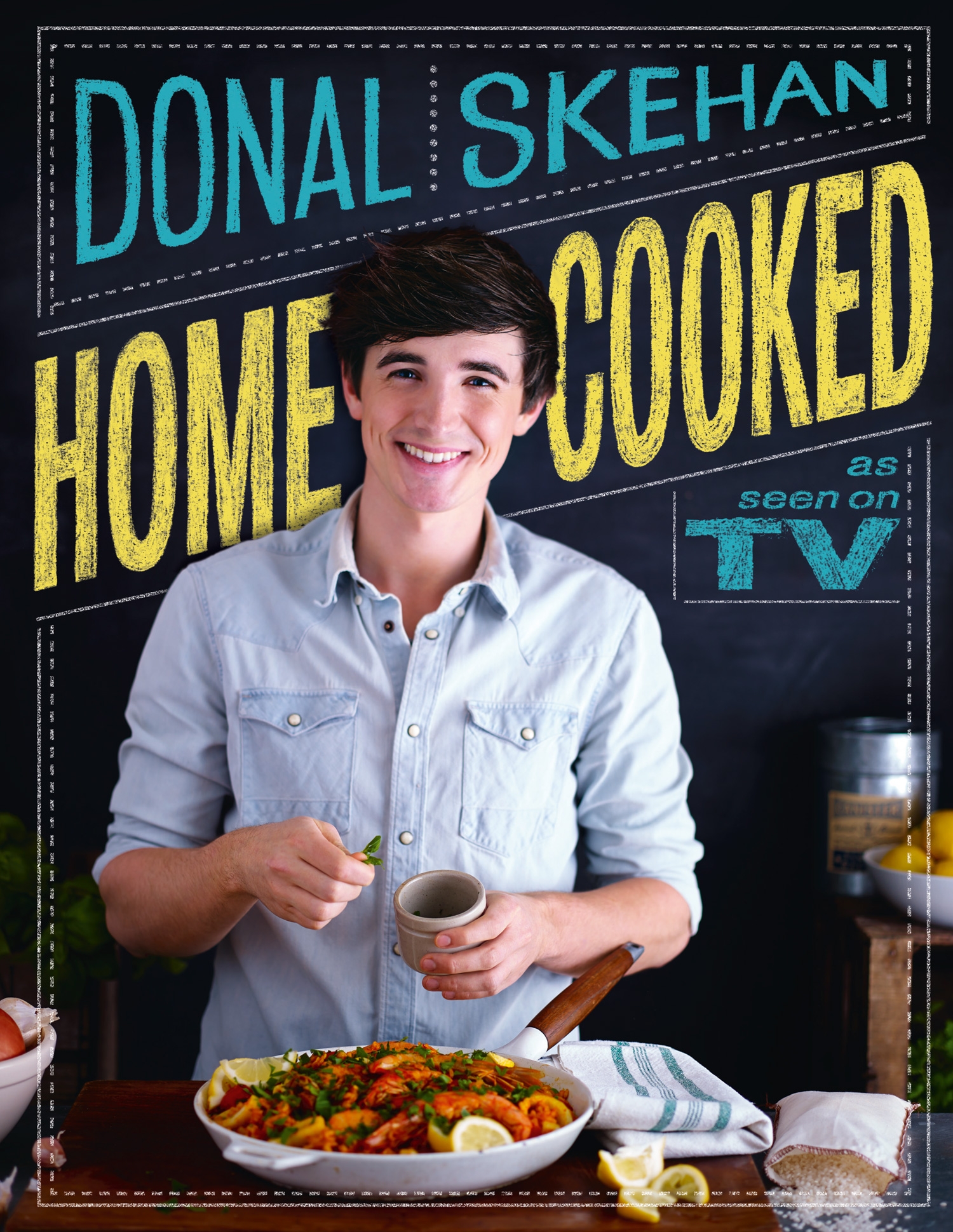 His new book Homecooked is full of great family-friendly recipes and it is beautifully photographed, I particularly like the chapter on food to share; it will make a great Christmas pressent if you're still looking for inspiration for the foodies on your Santa list. For obvious reasons, I decided to give his Mexican Fish Tacos recipe a try. He uses our corn tortillas for them and was super kind to our little business while on the Homecooked Tour to give us a plug every night. So here it is, Donal Skehan's Mexican Fish Tacos... prepare to drool and note this is all Donal's recipe, my bits are in italics!

To make the salsa, mix together the ingredients in a serving bowl and set aside.

Heat a barbecue or griddle pan to a medium-high heat. Combine the paprika, garlic powder, oregano, cayenne pepper and ground cumin in a bowl. Dust the fish fillet with the spice mix. Brush the grill with the oil and cook the fish for 4-5 minutes on either side until cooked through.

Meanwhile, prepare the accompaniments for the fish by arranging the sour cream, lime wedges, avocado slices, coriander leaves, red onion and cabbage in serving bowls. Squeeze a little lime over the avocado and set everything aside on a large serving platter with a little bottle of Tabasco (or as I did with Mic's Chilli Inferno sauce).

Carefully remove the fish from the pan and break it apart with a fork (I think I overcooked mine a little so flaking it was very simple). Place the flakes in a serving bowl and season with sea salt to taste. Sprinkle with coriander leaves. Add the warm tortillas to the serving platter and assemble little bits of everything in the tortillas. Wrap up and enjoy!

When we finished taking pictures, we sat down to eat the tacos, they were really good! I loved the contrast of the spices with the freshness of all the toppings and although there was not one chili in sight on the making of these tacos, the Irish man and the two Mexicans really loved them! We polished the lot in no time; I'll be making them again soon.

Check out the rest of the Homecooked Blog Tour, which started in Waterstones and was followed by the ever lovely Emily Westbrooks' blog From China Village, from there it went to Farmette and from there it landed in mine! Tomorrow it goes back home to Donal Skehan so stay tuned! The photo below is Donal's Skehan's (one day I'll take photos as good as he does) and the book cover was kindly supplied by Harper-Collins.